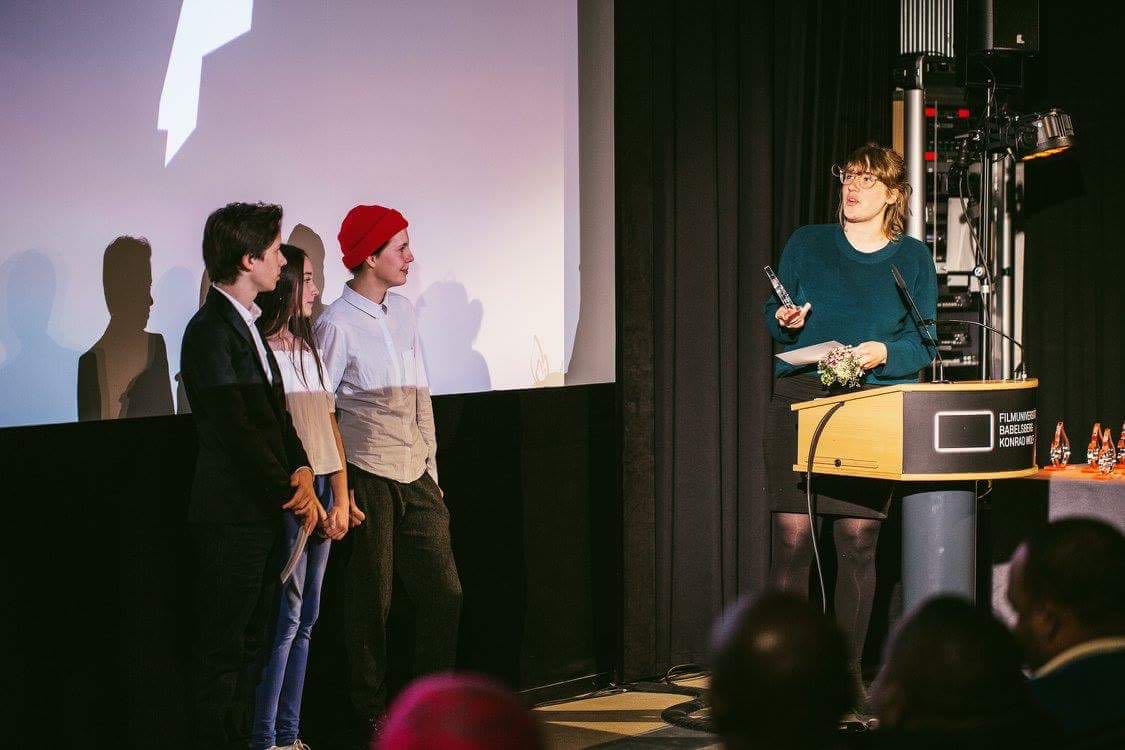 The Jury says:
“We decided on the film that touched us the most. I this film different themes such as music, friendship and depression were conveyed. The artistic design impressed us especially, because it was filmed in an atypical camera format for which the settings are special. Moreover it is not the question “Why?” but the question “What now?” that is central in this film. For all these reasons we chose Rocknrollertjes as the winning film.”

RocknRollers is a lively youth rockumentary about friendship, growing up and the power of music. Sia (15), Bas (14) and Vince (13) are three best friends who’ve been playing for years in the psychedelic rock band Morgana’s Illusion. When Sia ends up in a depression the future of the band is at stake.

The film is a production by BALDR Film in co-production with VPRO, within Kids & Docs.