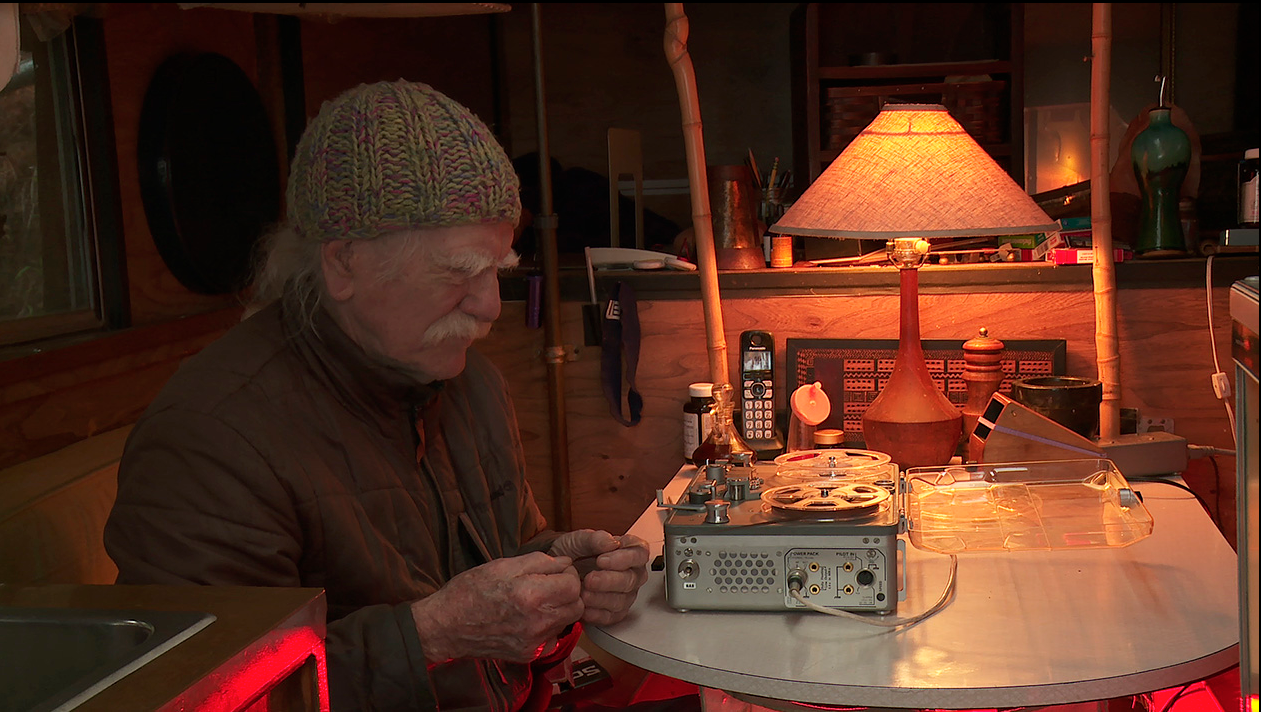 Sunnyside by director Frederik Carbon had its Belgian Premiere at the Festival Filmer à tout prix on November 25th, 2017 in Brussels! The film has also been chosen as one of the eight documentary features in competition at Slamdance Film Festival 2018 in Park City, Utah.

Ninety-year-old sound artist Henry “Sandy” Jacobs, who lives a wayward existence on a mountain in Northern California. He introduces us to his eccentric 84-year-old friend and neighbor, architect Daniel Liebermann. The wise fool Sandy lives in the here and now, while Liebermann is haunted by memories, unfinished projects and unrequited dreams. These non-conformists, each in their own way, still search the world for perfection.

Read more about the film: http://sunnysidemovie.com