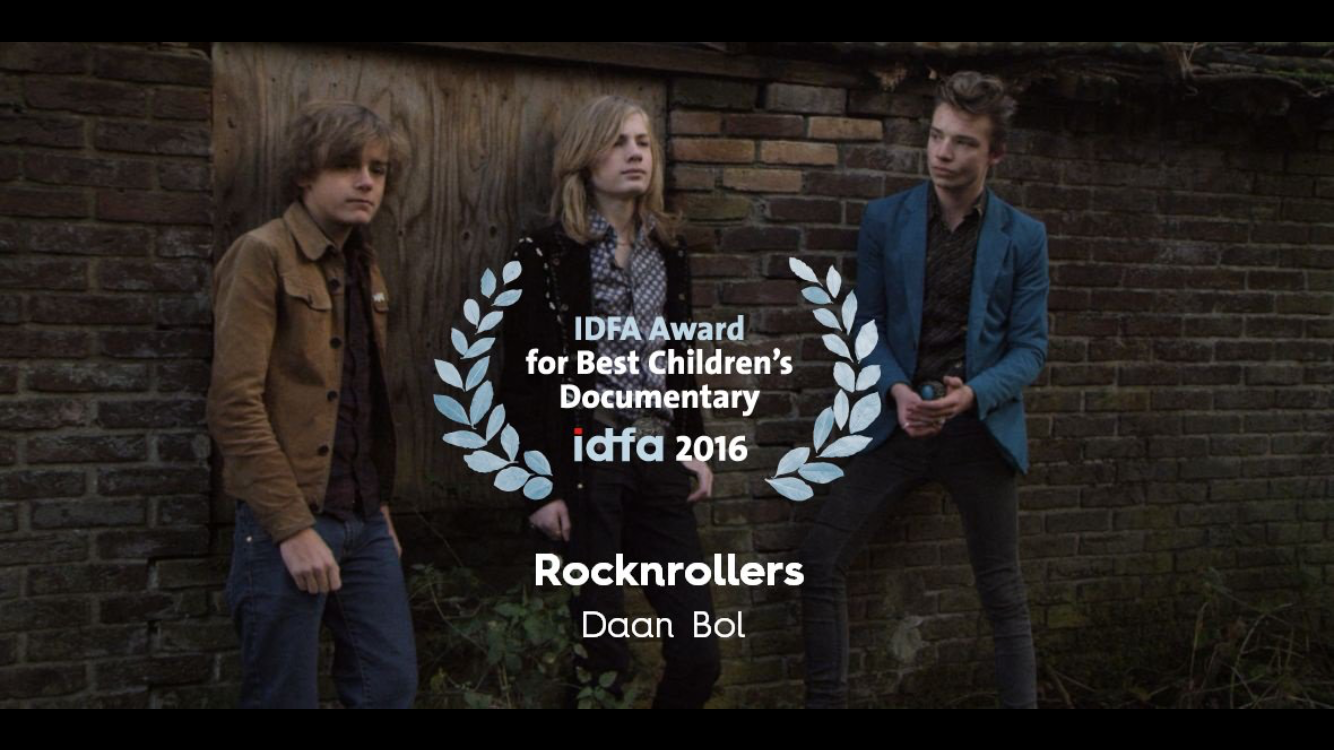 RocknRollers is a lively youth rockumentary about friendship, growing up and the power of music.
Sia (15), Bas (14) and Vince (13) are three best friends who’ve been playing for years in the psychedelic rock band Morgana’s Illusion. When Sia ends up in a depression the future of the band is at stake.

The film is a production by BALDR Film in co-production with VPRO, within Kids & Docs.
In its long-standing program section Kids & Docs, IDFA presents the best new international children’s documentaries. In 2015, an award was handed out in this section for the first time: the IDFA Award for Best Children’s Documentary, worth €2,500. Several of the selected titles each year are the results of IDFA’s annual Kids&Docs Workshop, which ran until 2015 and offered directors the opportunity to develop a documentary for young people.
The jury consisted of Monica Hellström (Denmark), Ollie Huddleston (UK) and Niki Padidar (The Netherlands).