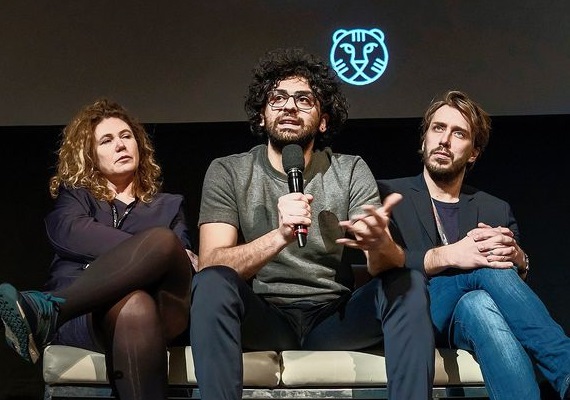 The Dutch drama Mitra, directed by Kaweh Modiri, was the big winner of the €20,000 Eurimages Co-Production Development Award at the International Film Festival Rotterdam’s 35th CineMart co-production market. The feature-film project follows a well-respected elder Iranian author who is still trying to get over her daughter’s execution. Cineuropa talked to Modiri and Hoeve about the creative aspect of their project and how the Eurimages award will help them to realise it.

Cineuropa: Could you give us some more details regarding the personal aspect behind your project?
Kaweh Modiri: Mitra was the name of my sister whom I never knew. She was executed in Iran in 1981 when my mother was expecting me. As I was growing up, I would travel to cities like Bonn, Paris or Cologne, where my mother would meet old friends and cellmates of Mitra. At night, when they thought I was asleep, they would talk to each other about the last weeks and days of Mitra’s life, as if it were a puzzle that hadn’t yet been solved. Back at home, I would put the bits and pieces together and play the scenes in my mind like a movie.

How will this story be depicted in the film?
KM: The film follows Haleh, a bereaved mother, who is dealing with a pain that time does not heal: the loss of her daughter. Now, more than 30 years after Mitra’s death, Haleh thinks she has found the woman she holds responsible for her betrayal. Mitra is a thriller about three women who change each other’s lives irreversibly; it is a story about a mother and her process of letting go.

Was it hard to develop this personal experience into a film?
KM: I developed the script at Torino ScriptLab, working with a magnificent script editor, and screenwriters and directors from around the world. I thought they were great surroundings to work on the script. Because the film is so close to me, it is even more important for me to have the story challenged and discussed by people who treated it like any other story, and didn’t give any extra value to whether it was real or not.

How helpful will the Eurimages Co-Production Development Award be for Mitra?
Frank Hoeve: First of all, it is a great encouragement for our film. We want to make it a natural co-production with three countries. We are looking for three actresses for the main roles who speak Farsi, so we are looking abroad. The award gives us the opportunity to set up the production.

Do you already have a set plan in place for the production, and are you looking for other partners?
FH: Yes, we have a clear plan. We are looking for co-production partners from Germany and Belgium. The story takes place in the Netherlands and Germany. We are also still looking for creative heads of department; we want to work with the best crew possible for this film. There is interest from sales agents. Our intention is to shoot in spring 2019.

What was your experience at CineMart like?
KM and FH: It was a very nice experience to see how much international interest there is in the film. We had some very promising talks with potential partners, and it is very exciting to see the movie getting more deeply rooted and to see the team growing.