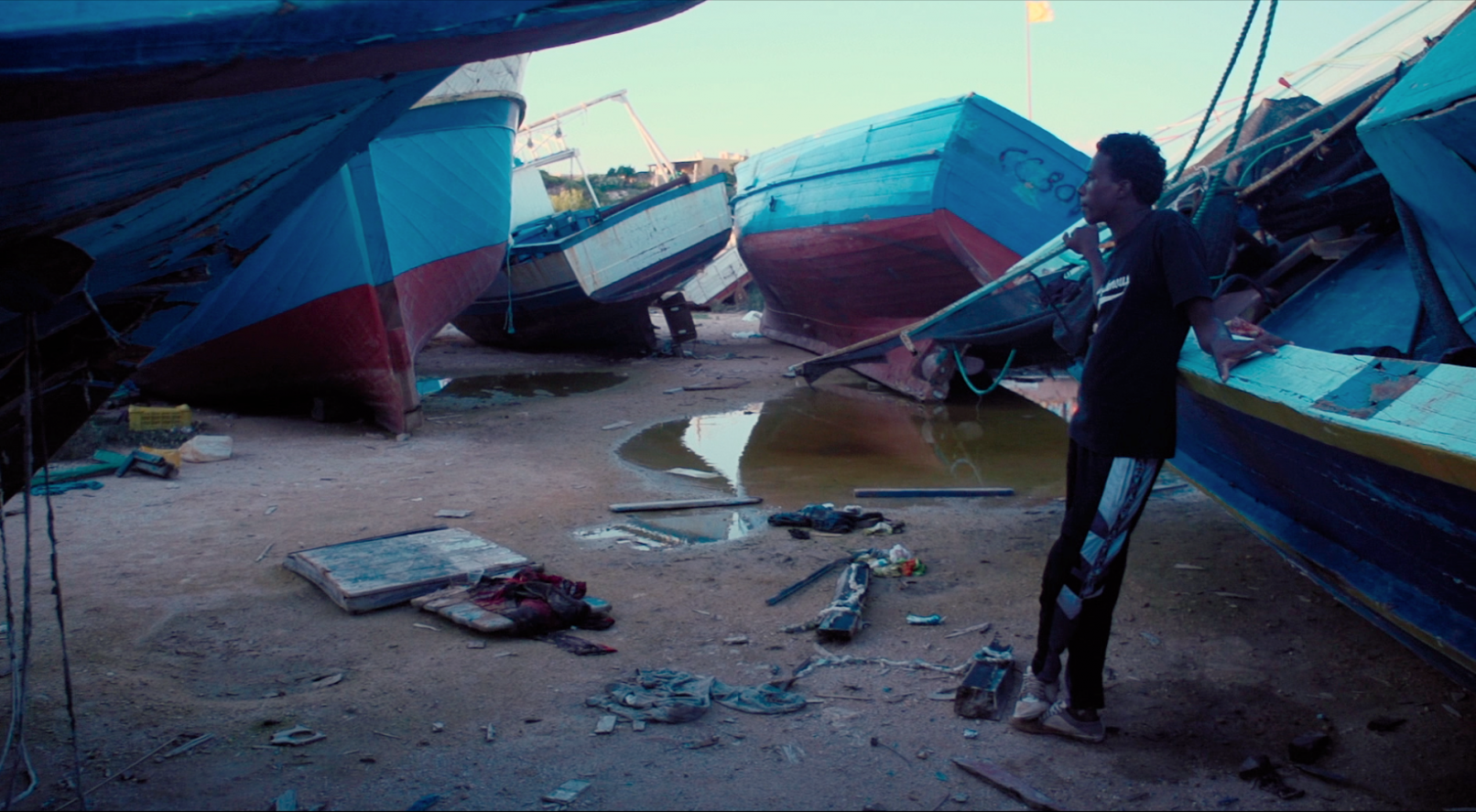 Dutch documentary Those Who Feel the Fire Burning directed by Morgan Knibbe is submitted to the Academy Awards for the category of Documentary Feature.

Those Who Feel the Fire Burning is produced by Amsterdam film producer BALDR Film. The Dutch Oscar Selection Committee was very impressed by Those Who Feel the Fire Burning and the film ended up as the highest documentary. The Oscar Selection Committee was struck by the poetic, artistic and intimate narrative style of the film. Prompted by the positive opinion of the committee and by the current theme of the film, the Netherlands Film Fund and EYE International decided then to join forces and to send the documentary to the Academy Awards.

EYE International and the Netherlands Film Fund jointly support the submission to the Oscars® and the qualifying screenings of the film in the United States. In December, the documentary will have a run both in cinemas in New York and Los Angeles during a week. This is one of the qualifying requirements for a documentary to participate in the Academy Awards. On January 14, 2016 the Academy announces the nominees for all categories. The Academy Awards are handed out in February 2016.

The film shows in an unconventional, poetic form a serious social and topical issue: the daily life of refugees who are stuck on the edge of Europe.

Last Friday, Those Who Feel the Fire Burning won two Golden Calves at the Netherlands Film Festival: one for Best Long Documentary and one for Best Sound Design. Knibbe also received the award of the Directors of the Forum, a program of the Netherlands Film Festival for groundbreaking cinema. In May, the movie was released in Dutch cinemas and then received very positive reviews: “The film is a virtuoso master thesis” (De Volkskrant).

Those Who Feel the Fire Burning was selected for many international film festivals, like IDFA (nominated for best documentary) and Hot Docs and also won the prize for best documentary at the Guanajuato International Film Festival. Due to the current situation of the refugee problem, the film was shown in September to both the European Parliament in Brussels and the Council of Europe in Strasbourg.

Film producer BALDR Film previously produced award-winning films such as Sevilla, According to Protocol and Voor Emilia. Currently, the motion picture Broers is being filmed on location in France.
Netherlands distribution of Those Who Feel the Fire Burning is by Cinema Delicatessen.