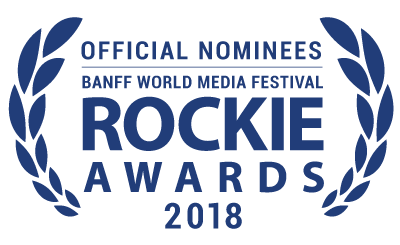 The Rockie Awards is BANFF’s flagship program celebrating excellence in television and digital content from around the world. Hundreds of television and digital programs compete for a coveted Rockie Award, presented at a ceremony each year at the Banff World Media Festival in Canada. Etgar Keret: Based on a True Story by Stephane Kaas and Rutger Lemm is nominated in the  ‘Music, Performance, Arts & Variety Program’.